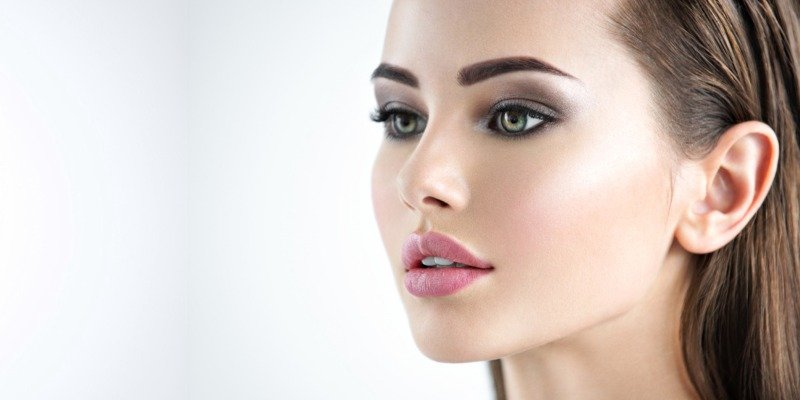 A very common area of concern for both men and women is their chin. There is that bothersome bulge that somehow does not seem to go away. Diet and exercise are tried without success. KYBELLA® and various laser treatments are offered for under the chin fat removal but most are disappointing. Lasers require several treatments spanning months and costing thousands of dollars only to offer minimal improvement. The same applies to KYBELLA, which again requires at least three treatments four to six weeks apart and costs several thousand dollars. Well, there is good news! Dr. George Lefkovits has been performing the silhouette chin reduction in New York, New York, for several years with excellent results. This is a one-time treatment that is permanent and less costly than either laser or KYBELLA treatments.

Under the Chin Fat Removal

The procedure is mini-invasive. It involves liposuction under the chin fat removal under local anesthesia through tiny incisions. The patient is started on Arnica to reduce bruising and swelling. The procedure is fairly painless once the local has been given. A mild dose of Valium is given prior to the local to alleviate discomfort. A compression garment is worn for three to four days continuously, after which it is used only at night for 7 to 10 days. This is a weekend procedure, meaning that it can be done on Thursday or Friday and, in many cases, the patient can return to work on Monday. Any minimal residual bruising, if present, can be camouflaged with a cover-up. Now you can permanently say goodbye to a double chin. It’s simple, requires only one treatment, is less costly and can often be done over a weekend, and results are superior to Lasers or KYBELLA.

If you would like to learn more about a silhouette chin reduction and under the chin fat removal at Park Plaza Plastic Surgery, call (212) 750-9494 to schedule a consultation with our plastic surgeon!

When seeking a plastic surgeon, you want to find a

You can now have a virtual consultation without le

To all our followers, please stay safe and healthy

NOW you can schedule a FREE VIRTUAL consultation w

The Mommy Makeover procedure is something that we

The Mommy Makeover Center of NY is devoted to the 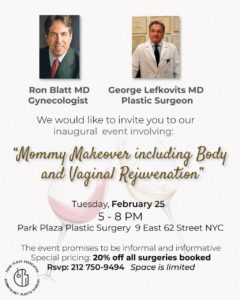