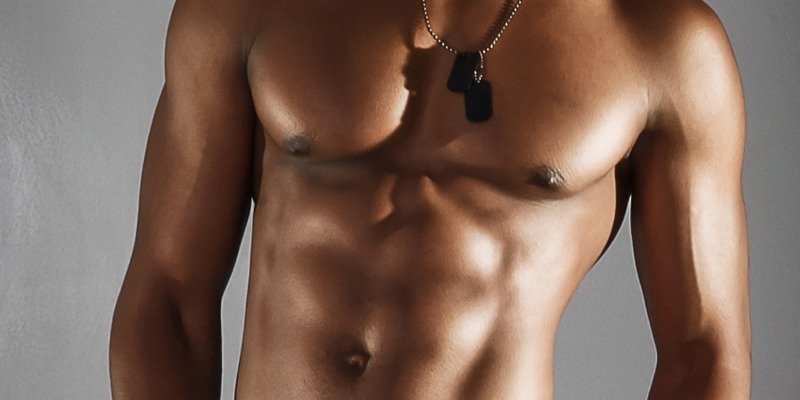 When there is excess localized fat in the breast tissue, it can cause a larger breast area for men. An increase of breast size in men can occur at any age, but it is often a result of hormonal changes, heredity, obesity or drug usage. Often, boys going through puberty will notice such changes in their chest as their hormones change. Excess male breast tissue will usually improve after puberty. For older men, hormonal changes from a loss of testosterone can increase the size of the chest. In many men, an enlarged breast will not respond to diet or exercise.

Regardless of why you are experiencing breast growth, the situation can be frustrating and can hurt your self-confidence. Luckily, our plastic surgeon can help you get relief with gynecomastia, a male breast reduction in New York City, New York. This treatment has helped many men regain their self-confidence, and it can help you, too.

The truth is, there are several potential reasons for gynecomastia. The condition is fairly common among young men during puberty as their hormones change and will often correct itself within a period of a few years. Among older men, hormonal changes can play a big part as well. Men tend to lose testosterone and gain estrogen as they approach middle age, which can increase the size of the breasts.

Typically, Dr. George Lefkovits can use liposuction to reduce breast tissue. Dr. Lefkovits will make a small incision under the breast where he will be able to gently remove excess tissue. In some cases, an excisional surgery may be necessary, where breast tissue is cut out of the chest.

Gynecomastia can consist of three types of tissues: fat, breast and mixed.

Fatty tissue can be treated with just liposuction which entails making a very small incision in the breast fold. This can be done under local or general anesthesia. Postoperatively the patient wears a compression garment which is easily hidden under a shirt and jacket. Patients may return to non-strenuous work after just a few days.

Gynecomastia consisting of breast tissue usually need, in addition to liposuction, actual excision of tissue which is referred to as subcutaneous mastectomy. An incision is made in the lower half of the areola which barely leaves a scar. A drain is usually used for a few days which can easily be hidden. The procedure is generally performed under general anesthesia. Patients may return to work after a few days but may need to take off 1 week from non-strenuous work.

Mixed tissue gynecomastia which includes fatty and breast tissue may be performed under local or general anesthesia depending on the extent of the breast tissue. Treatment may entail just liposuction, but often requires the actual excision of breast in the form of subcutaneous mastectomy. Return to work is usually in 3-7 days.

View Gallery - Before and After photos

How much does male breast reduction cost ?

The Gynecomastia surgery cost in New York City varies depending on the type and extent of the surgical procedure. The main factors that impact the price are whether both or only one side is treated and the amount and type of tissue being removed. It can vary from $3000 to $10,000 or more. In order to determine the exact pricing for you, please either call our office at (212) 750-9494 and schedule free consultations or request free male reduction consultation by filling out our form. At Park Plaza Plastic Surgery we offer office visits as well as online consultations.

Patients need to wear a binder for one to two weeks. Return to work may be as quick as the following day, although a few days off is more common. Massage and ultrasound treatment given post-operatively is an integral part of our program.

How to schedule free consultation for gynecomastia surgery in nyc?

To schedule an initial consultation for your male breast reduction surgery at Park Plaza Plastic Surgery, contact us at (212) 750-9494. We serve patients in Manhattan and throughout all of New York.